The ILS/Khrunichev partnership for commercial launch services represents the most successful post-Cold War economic cooperation between the United States and Russia outside of oil and gas exploration.

This partnership has been instrumental in growing strong businesses both in Russia and throughout the U.S., creating jobs and advancing economic cooperation between these two nations.

Since the inception of commercial Proton launch services in 1992, the partnership has launched 81 commercial Proton rockets for satellite operators around the globe. The Proton launch vehicle has become one of the leading launch vehicles in the market for commercial launch services. The launches have enabled the growth and development of the some of the largest media and information companies in the world, such as DIRECTV, EchoStar/Dish TV and Sirius XM Radio, Intelsat, GE Americom and Skynet.

Key to the successful partnership has been the economic benefits it has yielded for both Russia and America. 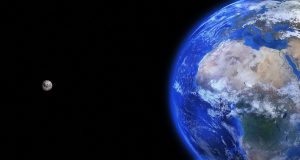