Twenty years ago a historic decision was made to establish a joint venture to market Proton launch services in the global arena. Three short years after that in April of 1996, the first launch of a Russian launch vehicle in the interests of international customers took place. Today, there have been more than 80 such launches performed.

The International Launch Services – Khrunichev partnership is one of the most successful examples of economic cooperation ever undertaken between U.S. and Russian companies. The productive partnership began in the early 1990s when the Lockheed Corporation and Khrunichev began discussions to create a joint venture to market commercial Proton rocket launches. The joint venture was seen as an important step in U.S. – Russia relations and was supported by officials in both the U.S. and Russian governments.

The U.S.-based joint venture company became a reality in 1993 under the name Lockheed Khrunichev Energia International (LKE), which eventually became International Launch Services. In June 1995, ILS was established as a subsidiary of LKE to market launch services worldwide using the Proton rocket. In May 2008, Khrunichev purchased a majority stake in ILS.

Over the 20-year partnership, ILS and Khrunichev have built strong relationships with global satellite operators that have facilitated the planning and purchasing of commercial launch services. ILS has negotiated contracts for almost 100 commercial Proton launches for major corporations from around the world. ILS’ launches have enabled the growth and development of the some of the largest media and information companies in the world, such as DIRECTV, EchoStar/Dish TV and Sirius XM Radio, Intelsat, GE Americom and Skynet. Thanks to successful proton launches millions globally are able to, for example, enjoy satellite entertainment services at home, in the car and even mid flight. The success of the ILS-Khrunichev partnership has made the Proton rocket one of the leading vehicles for commercial launch services.

This partnership, stretching over two decades, is the most successful post- Cold War cooperative venture between the United States and Russia outside of oil and gas exploration.

The economic uncertainty that followed the collapse of the Soviet Union in the early 1990s posed a tremendous challenge to large, state-run industries in Russia. The aerospace industry and launch vehicles in particular, enjoyed significant support from government demand during the Cold War. The heavy-lift Proton launch vehicle was launched an average of ten times per year during the 1980s by the Soviet government. This level of throughput demanded thousands of well-trained and educated engineers to manufacture and launch the vehicle.

In the decades to follow, demand for Russian Federal launches of the Proton vehicles dropped to an average of 7 in the 1990s and 4 in the 2000s, a dramatic decrease to the peak demand of the 1980s. The tens of thousands of personnel employed by the Proton launch vehicle program would have been left idle, with quickly diminishing income or altogether unemployed. In addition to the economic risk posed by this scenario, there was a security threat associated with the expatriation of these rocket scientists to countries seeking the technical knowledge they held. 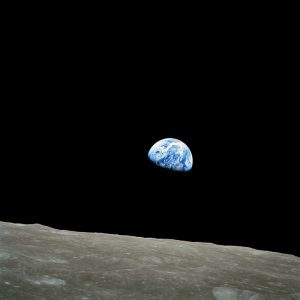 With understanding of the risks associated with inter-continental ballistic capabilities falling into the wrong hands, the United States and Russia worked together to find a means to keeps these valuable people employed in Russia. With the introduction of the Proton to the commercial market in 1993, through the entity that soon became known as International Launch Services, demand for Proton launches was back-filled and stabilized at sustainable levels. Over the last 15 years, the commercial market has come to generate approximately two-thirds of Proton launch demand.

See also  THE IMPORTANCE OF THE ILS-KHRUNICHEV PARTNERSHIP: WHAT PEOPLE ARE SAYING

The Proton launch system, first used in 1965, has been deployed in more than 380 launches and is one of the most used and most reliable satellite launch vehicles in the world. Built by the Khrunichev State Research and Production Center, it is the largest Russian launch vehicle in operational service. 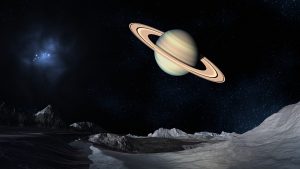 Proton launch of the first components of the International Space Station

20th anniversary of the commercialization of Proton